With the interest of our members’ health and our healthcare community in mind, the breakfast on Monday, January 17, 2022 honoring Dr. Martin Luther King, Jr. will now be a virtual event beginning at 8:30 a.m. The virtual event will feature remarks from the Breakfast & Statewide Day of Service Planning Committee Co-Chairs, the DSBA President, and Keynote Address by Deborah Archer, President of the American Civil Liberties Union (ACLU), on Dr. King and his Vision for a Beloved Community. DSBA will also be hosting service projects, which will go on as scheduled.

The Zoom information and link to participate in the Virtual Event on January 17 is below:

Thank you for your attention and response to this invitation to participate in the DSBA’s Dr. Martin Luther King, Jr. Virtual Program and Statewide Day of Service. 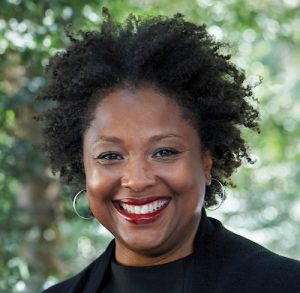 Please click here for more information about our featured speaker...

If there is anyone who’s the perfect fit for their current job, it’s Deborah Archer. As the eighth President of the American Civil Liberties Union (ACLU), she leads America’s premier civil rights and civil liberties organization. But it’s not the first time this civil rights lawyer, scholar and teacher has fought for what’s right. In fact, she has been doing it since she was a child.
The daughter of Jamaican immigrants, Archer’s family moved to the suburbs of Hartford, Connecticut, when she was nine-years-old. They soon realized they weren’t welcome — even waking up to “KKK” spray-painted on their home and car. She was terrified until her parents encouraged her to fight back. She took their advice to heart. Archer’s commitment to civil rights and civil liberties grew from her family’s personal experience confronting racism, classism and anti-immigrant sentiment.

The first person of color to lead the ACLU, Archer is a leading civil rights and civil liberties advocate, civil rights lawyer, professor, writer and commentator. Her talks explore the intersection of race, civil liberties and the law — challenging audiences to confront America’s legacy of racism and injustice. She also helps audiences understand how systemic racism impacts all aspects of American life, from our workplaces and campuses to transportation, education, housing, economic opportunity, criminal law and more.

In addition to serving as the eighth President of the ACLU, Archer is Professor of Clinical Law at the New York University School of Law, and Faculty Director of the Law School’s Center on Race, Inequality, and the Law. Previously, she was an attorney with the NAACP Legal Defense Fund and the ACLU, where she litigated in the areas of voting rights, employment discrimination and school desegregation. Archer was also a member of the faculty at New York Law School and an associate at the international law firm, Simpson Thacher & Bartlett. On two separate occasions, she chaired the New York City Civilian Complaint Review Board, the nation’s oldest and largest police oversight agency. Archer’s articles have appeared in leading law journals and she has been recognized by the New York Law Journal as one of New York’s Top Women in Law, Archer regularly appears in print and on television to comment on critical political and policy issues. She is a graduate of Yale Law school, where she was awarded the Charles G. Albom Prize, and Smith College.

Her moving talks bring that passion and purpose to every audience, inspiring us to not only understand the nature of systemic injustice—but to do the work of overcoming it.

Help serve families in need by assisting in the Food Bank of Delaware’s volunteer room from 1:00 p.m. - 4:00 p.m. The Food Bank’s Newark site is located at 222 Lake Drive, Newark, DE 19702.
Food donations are welcome. Visit https://www.fbd.org/drop-off-a-food-donation for a list of most needed items.
PLEASE NOTE: Children who wish to participate must be at least 7 years old.
Team Leader: Wali Rushdan II, Esq.

Help with food prep, serving lunch to the residents, and clean up at the Sunday Breakfast Mission. This service project will take place at the Sunday Breakfast Mission, located at 110 N. Poplar Street, Wilmington, DE 19801 from 11:30 a.m. - 1:30 p.m. Parking: In our side lot OR across the street on the gravel area OR on the street. Upon departure, someone will accompany you to your car to ensure your safety.
Donations of coats, gloves, hats, socks, and clothing items are welcome.
Please indicate you are with the Delaware State Bar Association group upon your arrival for the service project.
Team Leaders: Gregory B. Williams, Esq.

PLEASE NOTE: An optional estates training session for CLE credit will be held on 01/10/2021 at 9:00 a.m.
--- Register in advance for this webinar:
https://us02web.zoom.us/webinar/register/WN_1McyUGtuQW-VUyAcgZ6QHQ
--- After registering, you will receive a confirmation email containing information about joining the webinar.
Contact Jacquelyn Chacona at jchacona@dvls.org with any questions.
Team Leaders: Jacquelyn A. Chacona, Esq. and Caroleena Goldman

Help Delawareans that are eligible to have their adult or juvenile records expunged. A juvenile or adult expungement could give a person a second chance by removing arrests, charges, or adjudications from their record.